Comcast buys Time Warner Cable – What does it mean for me? 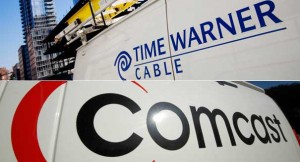 The two biggest cable companies in the United States are, yes, you got it, Comcast and Time Warner Cable.  The two have merged into one for a $45 billion price tag that Comcast has paid.  Well, there goes the industry, right?  The two super powers forming one sort of leaves the rest of the Internet companies in the dust.  Well, not really.  Yes, they now top the list for cable companies, but keep in mind that there is still DSL, FIOS, T1’s and other mediums to choose from for your home and business office IT needs.

So, what does the Comcast – Time Warner Cable deal mean?  It means that Comcast will not just control the boroughs of New York and NJ metro area.  It will also serve the NYC computer support area where it hasn’t had a footprint before.  It also means it will be able to compete better with satellite providers, such as DirecTV, wireless companies like AT&T and streaming services like Netflix.

This deal signifies that Comcast is looking to go to the next level of becoming a tech giant.  It is basically looking to compete with Apple and Amazon.  How that will actually happen remains to be seen.

For Time Warner Cable, this means that Time Warner will still have all of its other departments in tact, such as the TV channels, broadcasts, and affiliated content.  Basically, you shouldn’t feel sorry for them.  They’ll be able to live with the this 45 billion dollar deal and the rest of its thriving departments.  It was a very wise move to sell the cable division since more and more subscribers have jumped ship in the last two years due to customer IT service complaints.

When will this officially happen?  The deal is going to be official by the end of the year.  If you’re a Time Warner Cable customer, this means you’ll be reporting to Comcast, but your service and subscription will remain the same.  No price changes will be made as of now.

You can read more information on this subject at TechNewsWorld’s article, Comcast-TWC Customers: Be Afraid, Very Afraid, where I am asked some more questions about this topic.