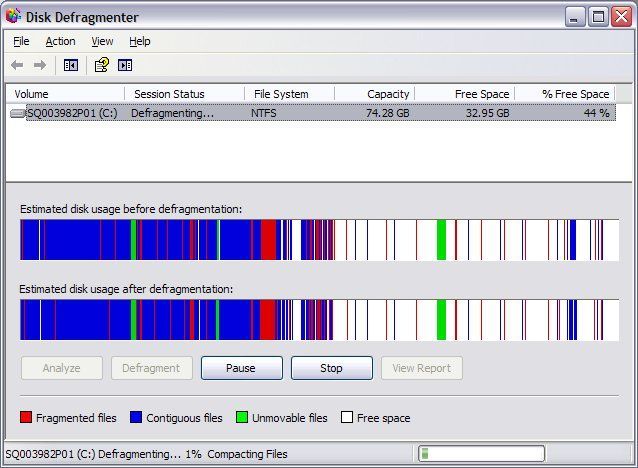 Should you defrag your computer?  It will help your performance, right?  Disk defragmentation can’t be a bad thing to do according to the computer genius pundits.

I’ll be the first to say that disk defragmentation is really something that worked well in the past.  Windows 95, Windows 98, and Windows 2000, Windows XP.  If you are still rocking an older computer, then defragging your PC is the way to go.  Why?  Defragmenting your computer tells it to move the most used programs and files to the front of the hard drive.  Then, you can access them the fastest way possible.

With newer computers that have Windows Vista, 7, 8, and 10, you don’t have to manually defrag your computer.  That’s because these newer operating systems already run Disk Defragmenter or what’s called on Optimize service on a weekly scheduled basis.  That is if you don’t turn it off every night.

If you have a solid state drive (SSD), that’s when you should never defrag.  Your computer is actually smart enough to disable defragging for SSD’s.  The reason being that SSD’s already perform extremely well on random read operations so defragmenting a hard drive isn’t useful enough to warrant performing defragging on them.

That being said, I’m not a fan of manually defragging any modern-day machines.  Sure, if it does it in the background, let it rip.  Otherwise, I wouldn’t make a special manual action to defrag.  There are far more helpful computer support tasks you can perform, such as PC virus scans, PC tune up service, cleaning your temporary internet files, cache, and installing Windows updates.