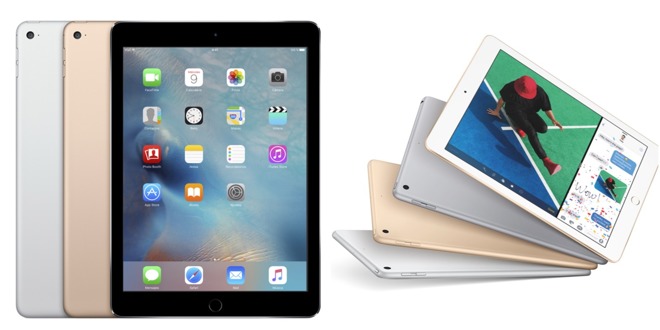 I went into the Apple Fifth Avenue store a few days ago.  The Apple flagship store recently has taken over the FAO Schwarz location.  Yes, it’s said FAO is gone after so many years and looks odd that Apple has now taken over.  It’s nice to not have to go down the ol’ hatch like in the old location, but I’m not a fan of the same staircase being used to go up and down to the Genius Bar.  Anyway, I’m digressing here.

What struck me as odd is the new iPad version being advertised.  It is being called, “iPad.”  Not iPad Air, not the new iPad, or any other version description.  Just “iPad.”  Of course, I asked one of the happy-go-lucky Apple support reps, what is the iPad?  “Oh, it’s the same thing basically as the iPad Air 2”, was the reply.

In shock, I needed to see what the specs.  Guess what?  They are pretty much spot on!  All are the same except the 2017 iPad does not have a laminated screen; has a little faster processor, and is a tad heavier.

Check out the slight differences between the 2017 iPad and the iPad Air 2: 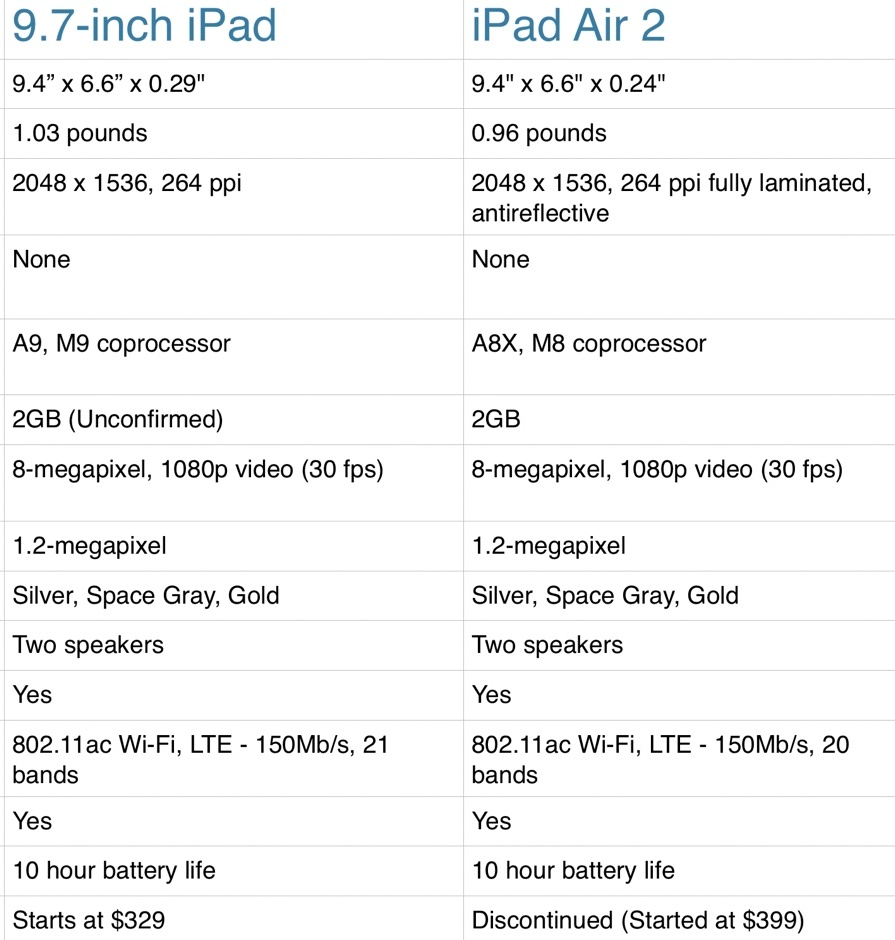 And now the iPad Air 2 is discontinued, of course.  The price starts at $329.  So, if you’re in the market for a new iPad, the 2017 iPad is definitely a decent choice.

This rebranding of the iPad air is showing to consumers that the regular iPad and all its iPad support glory is back. Remember the iPad 1, iPad 2 (the new iPad), iPad 3, and iPad 4?  This is bringing back this series.  You also have the iPad mini and the the iPad Pro to choose from which offers their respective small and large screens.  The 2017 iPad is now the lowest cost iPad you can buy.  It’s funny how the tables turn as the iPad air used to be the most expensive and the iPad mini was the cheapest.  Now, they’ve swapped price points and the iPad Pro is still out of the stratosphere in terms of prices.