Can the latest iPad Pro finally be used to replace your MacBook? 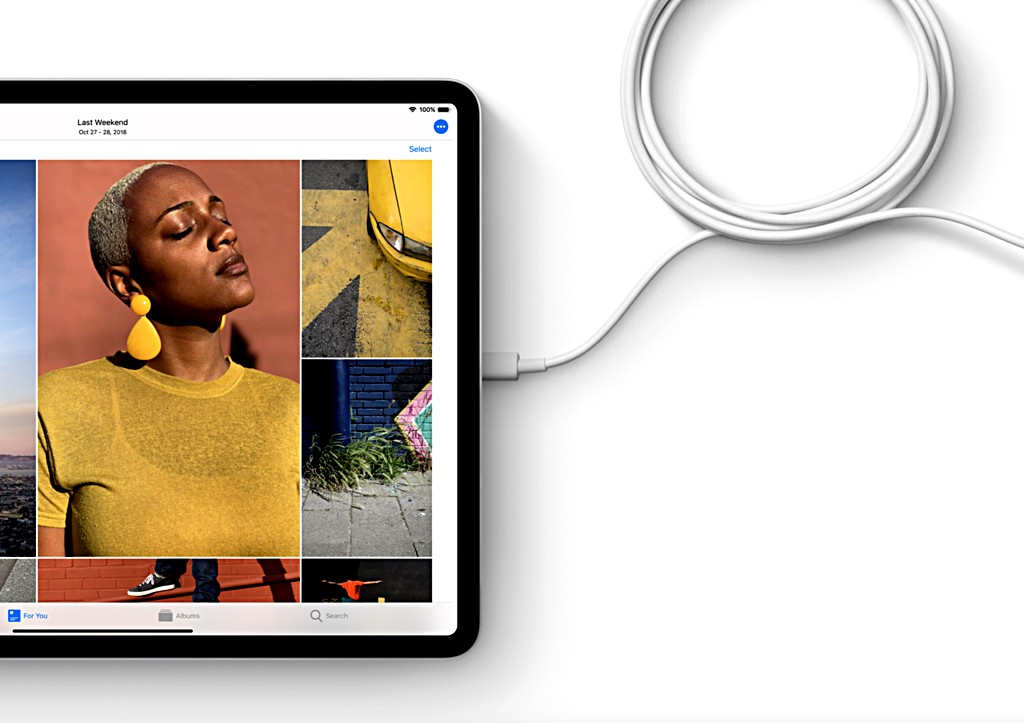 What can you do with the USB-C port?

Well, what you can’t do is what we want to do!  That is you cannot plug in an external hard drive or thumb drive.  Why not you ask?  How else will Apple support make money off its iCloud storage?!  And you’ll also be forced to buy an iPad with plenty of storage.

What can you with the USB-C port?  You can now connect to a 5K high resolution monitor.  That’s the biggest selling point from the Apple service, Genius Bar.  It’s actually not a bad one.  You can turn your iPad into a desktop so to speak.  The USB-C port is essentially an instant docking station where you can be connected to a keyboard, mouse, and monitor.  Not bad.

What else can you connect to?

You can connect to cameras, headphones, musical instruments, and of course, docks.

Adobe showed off a full version of Photoshop at the launch event.  So, yes, you can use Adobe for real.  No pseudo app version.

Nope.  You knew that was coming.  Although rumors suggested otherwise, there is no trackpad nor does the new iPad Pro support a trackpad.  The biggest deterrent to acting like a real MacBook is the iOS.  The iOS is still just a one-app kind of operating system.  It’s not meant to be used with multiple windows like a laptop.  Yes, iOS 11 has Files app which allows for multi-window support.  But, as with any copycat program, the results are clunky and inefficient.

So, the take-away here is the new iPad Pro is great for connected some hardware and the resolution and end-to-end screen is awesome.

If you are a heavy Photoshop user, it’s great for you.  but, if you’re looking to use it as a MacBook replacement, you’ll be disappointed.  As such, the new iPad Pro should not be used to replace your MacBook.  Apple continues to keep a fine line between its iPad and MacBook lines.  Why?  That way, you can buy both!  Apple would never blur these lines or else you would just buy one or the other.